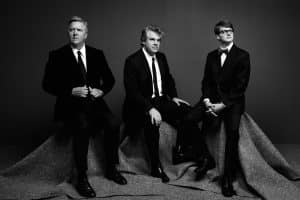 “What a terrific combo. Everything they do is a surprise.” – Greil Marcus, rock critic The stellar Minnesota-based trio with a global following, The New Standards, are joined by a big band and an incomparable mix of musical friends, as they bring you songs and themes from their favorite cult and classic film scores, presented with flair and filtered through their inimitable style. Garnish with a bruised sprig of mint. 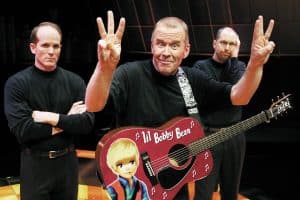 A triple jolt of inspired craziness … crackles with an energy and spirit of infectious fun!”— Los Angeles Times “the funniest thing on six legs” – The London Theatre News Triple Espresso—a highly caffeinated comedy shines the spotlight on three hilarious performers as they reminisce about their ill-fated big break. Triple Espresso tells the story of three guys whose bid for showbiz fame and fortune ended in 4-minutes of magnificent failure on national television. Hugh Butternut, Buzz Maxwell, and Bobby… 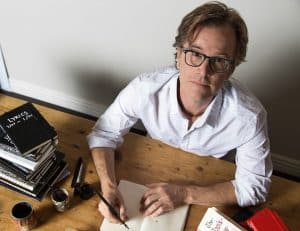 Words & Music by Dan Wilson” is an evening of songs and stories which pulls back the curtain on the art of songwriting and the creative process. Between stripped down renditions of modern-day classics he has written on his own and with collaborators including Adele, Dixie Chicks, and Carole King, among many others, Grammy winning singer-songwriter, producer, and Semisonic front man Dan Wilson shares his insights into writing and tells the stories behind the songs, including some of his most…