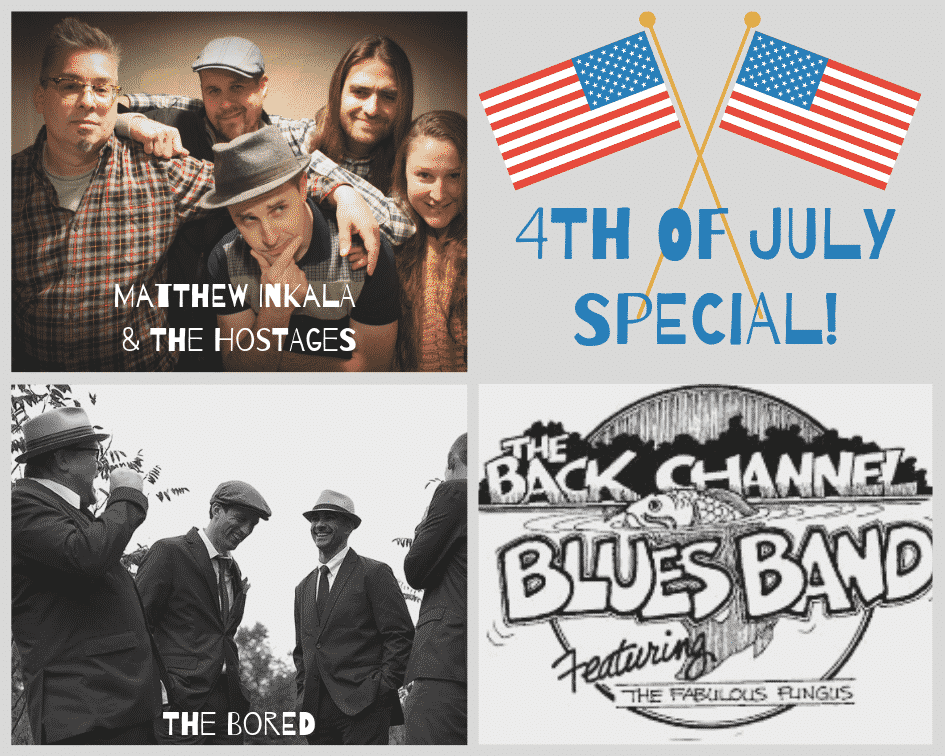 Like pages out of his diary, the music of Matthew Inkala and his hostages details the familiar joys and heartache of love and lust; melancholy and merriment. With a mixed palette of acoustic and electric sounds, Matthew Inkala & the Hostages draw from multiple genres such as rock, folk, blues and country. Their sound is equally suitable for booze-fueled bar hopping as it is for church picnics. The music is at once heartfelt and engaging; simultaneously danceable as it is contemplative.

The Bored are a four piece rock ‘n’ roll outift from the Twin Cities. Horns, hooks, and harmonies round out what The Bored are known for.

WE WILL HAVE FOOD TRUCKS IN CENTRAL PARK, PLAN TO MAKE A NIGHT OF IT!
LISTEN TO GREAT MUSIC AND SEE FIREWORKS FROM LEVEE PARK!