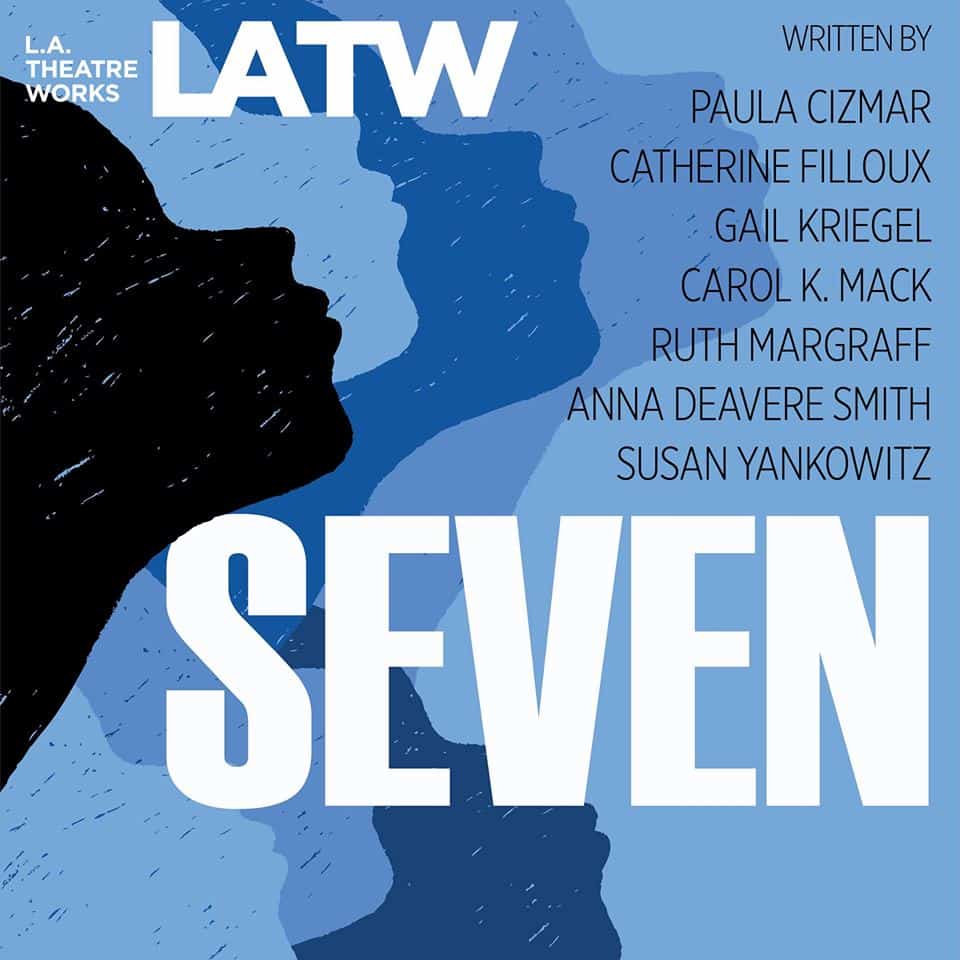 Seven women give voice to the voiceless. A riveting documentary play.

“SEVEN emphasizes the truth that the dignity and rights of women are essential to every culture around the globe.” – Audiofile Magazine

SEVEN is a riveting play, performed in radio drama style, by seven female writers based on personal interviews with seven remarkable women who faced life-threatening obstacles before bringing heroic changes to their home countries of Pakistan, Nigeria, Ireland, Afghanistan, Guatemala, Russia and Cambodia.

Playwrights Carol K. Mack (who conceived the play), Anna Deavere Smith, Paula Cizmar, Catherine Filloux, Gail Kriegel, Ruth Margraff, and Susan Yankowitz collaborated to create a tapestry of stories that weave together the words of these women, dramatizing their struggles and triumphs over resistance, death threats, entrenched norms and pervasive violence. Since the premiere in 2008, the piece has been translated into 27 languages and performed worldwide in over 30 countries, sharing with an international audience these inspiring tales of bravery and perseverance.

SEVEN makes the powerful and timeless statement that even in the darkest times, one person, one voice, and a single act of courage, can change the lives of thousands.

SEVEN was created with the support of the Vital Voices Global Partnership, the preeminent non-governmental organization (NGO) that identifies, trains and empowers extraordinary women around the world by unleashing their leadership potential to transform lives and accelerate peace and prosperity in their communities. These women have returned home to train and mentor more than 500,000 additional women and girls in their communities. They are the Vital Voices of our time.