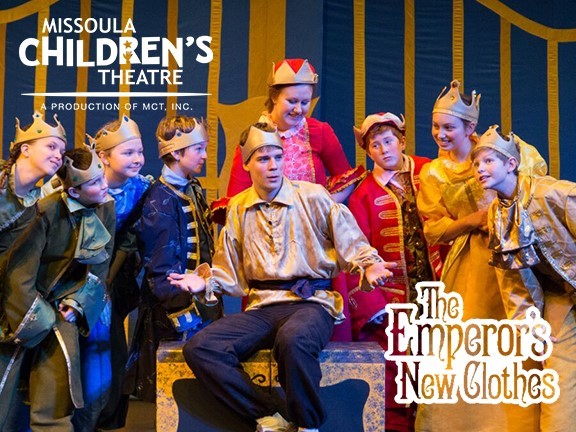 The Missoula Children’s Theatre presents The Emperor’s New Clothes, an original adaptation of the classic tale. “Dress for success” is good advice that the Emperor takes whole-heartedly, wanting to impress new friends. But where to stop? When the clothes (and other people’s opinions) become more important than the people of the kingdom, trouble brews. To help their beloved Emperor find the way back to his heart, his true friends create an elaborate “birthday suit” for the Emperor to wear for his birthday parade celebration. The Emperor quickly and humbly learns that sometimes “less is more”!

Local youth make up the cast, led by professional touring, teaching artists of MCT. Auditions are held Monday, January 6 at 4:00 p.m. at the Sheldon.