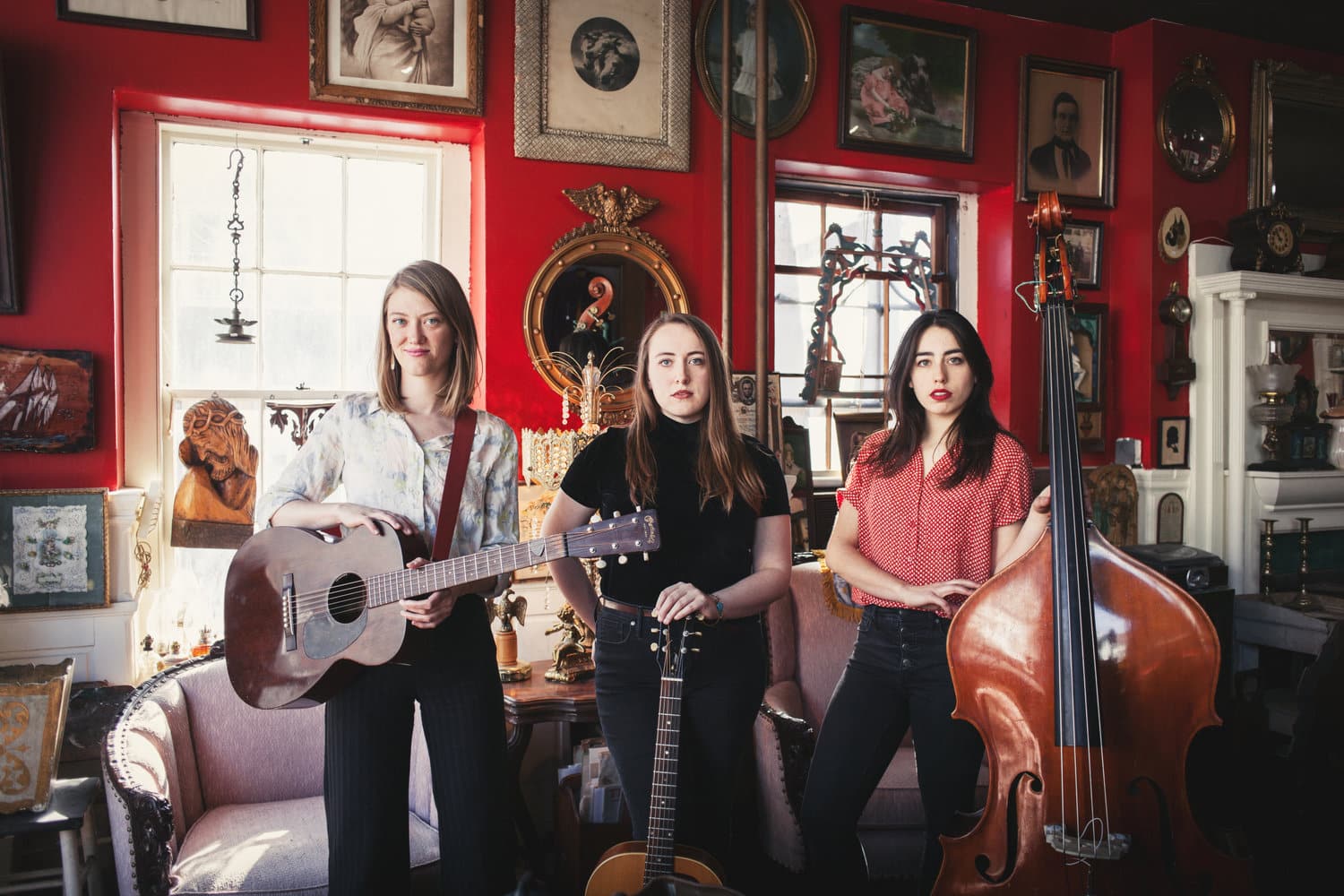 The trio is made up of Isa Burke, Eleanor Buckland, and Mali Obomsawin. They infuse their songs with distinctly modern sounds: pop hooks, distorted electric guitars, and dissonant multi-layered vocals, all employed in the service of songs that reclaim folk music in their own voice. The musicians take turns in different roles––Burke and Buckland on guitar and fiddle, Obomsawin on bass, all three singing and writing—but no matter who’s playing what, they operate in close tandem. All three members grew up in small-town Maine, and the band came of age in Boston’s lively roots scene. Since then, they have toured internationally, winning fans at the Newport Folk Festival and the Philadelphia Folk Festival, garnering acclaim from NPR Music and a Boston Music Awards nomination, and sharing stages with the likes of Aoife O’Donovan, the Wood Brothers, and Tim O’Brien. Lula Wiles exists in the tense space where tradition and revolution meet, from which their harmonies rise into the air to create new American music.