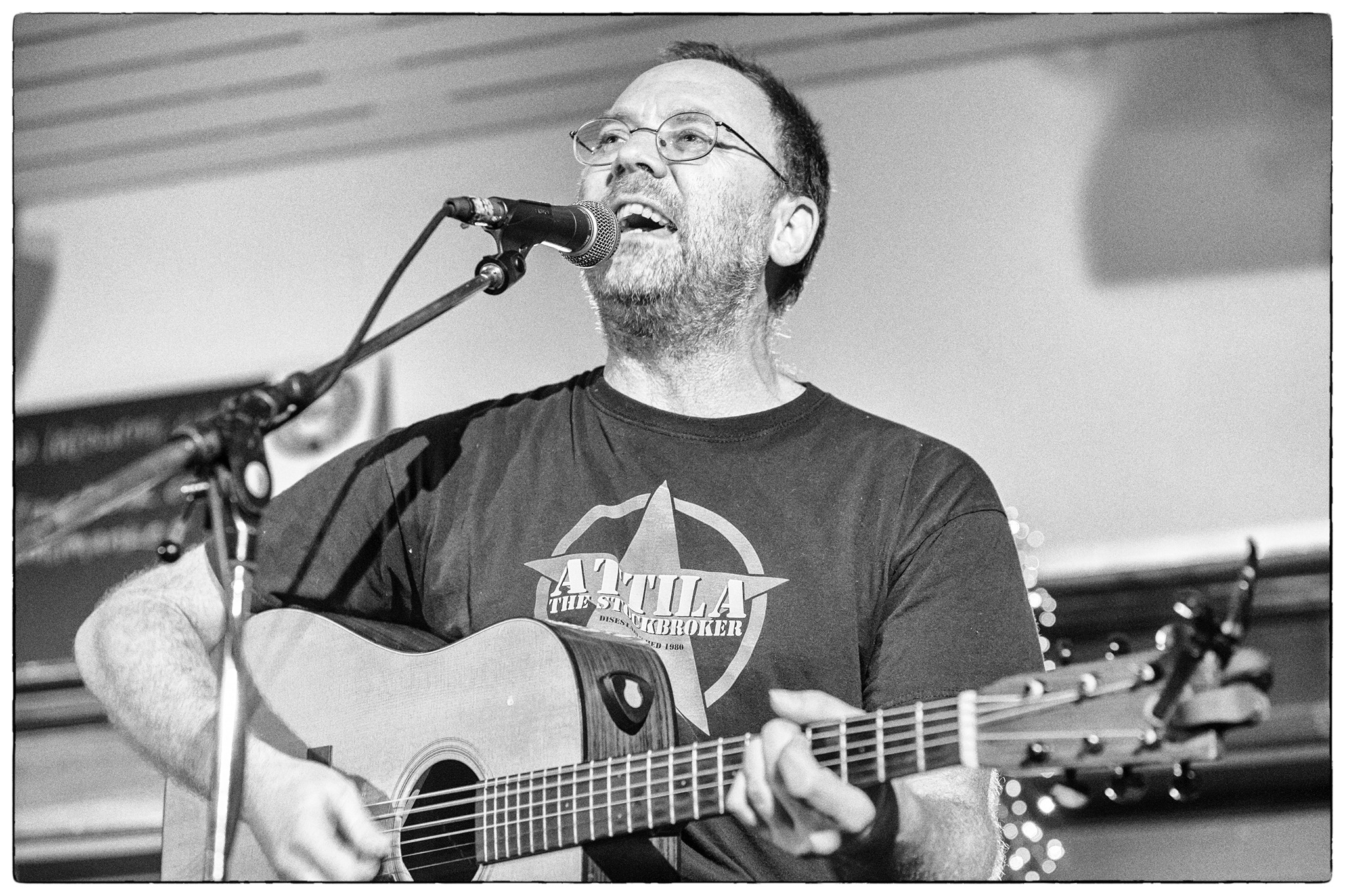 Join the staff of Fair Trade Books on March 26th at 7:00PM for an intimate concert with musician, author, podcast producer, songwriter, and activist David Rovics.

David Rovics was born in New York City, and as a guitar-slinging singer/songwriter now based in Portland, Oregan, has toured in over two dozen countries, including at mass protests throughout North America and Europe. In addition to his musical involvement with the anti-capitalist movement, labor, environmental and antiwar movements internationally, he has shared the stage on a number of occasions with Tom Morello, founder of Rage Against the Machine, who also recorded a lead guitar track on David’s 2012 album, Meanwhile In Afghanistan. He has also shared the stage with Billy Bragg, Chumbawamba, Joan Baez, and Pete Seeger, and has toured extensively with Attila the Stockbroker, Robb Johnson, Anne Feeney, Tracey Curtis, and Alistair Hulett.