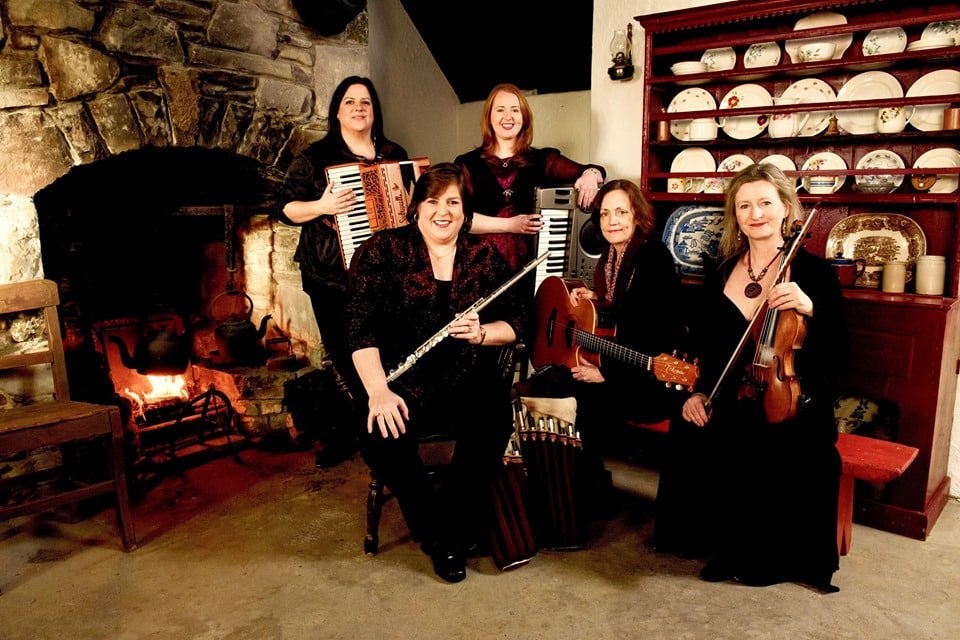 The New York Times calls their music “passionate, tender, and rambunctious,” and the Washington Post praises their “astonishing array of virtuosity.” One of the most engaging and successful ensembles in the history of Celtic music, Cherish The Ladies have shared timeless Irish traditions with audiences worldwide for over thirty years.

In their Celtic Christmas program, the Ladies put their signature mark on classic carols such as “O Come All Ye Faithful” and “Silent Night,” in arrangements that highlight the group’s unique Celtic instrumentation, beautiful harmonies, and spectacular step dancing. Cherish The Ladies have released three critically acclaimed holiday albums, On Christmas Night, A Star In The East, and 2015’s Christmas In Ireland.

Cherish the Ladies are the long-running, Grammy-nominated, Irish-American supergroup that formed in New York City in 1985 to celebrate the rise of women in what had been a male-dominated Irish music scene and has since toured the world, played the White House and the Olympics, recorded 17 outstanding albums including a live recording, “An Irish Homecoming,” which was simultaneously videotaped for a Public Television Special that aired across America and won an Emmy.