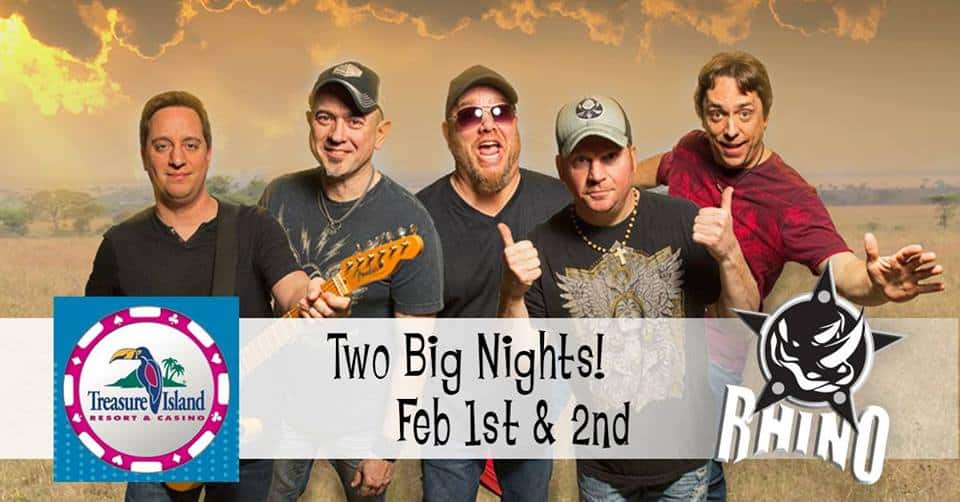 Rhino is a five member, high energy Twin Cities band playing an array of modern, alternative, 80’s, and current top 40 dance tunes, with twists of country and other surprises splashed in. The “show” is nonstop entertainment and fun, sure to make you get up and dance. All five members bring a different element of charisma and showmanship to the stage, each with their own unique personality and flare. If you want to be a part of the party, then a Rhino show is where you want to be.
A special feature of the Rhino “show” is the drum routine, which adds a spark to the already electric and exciting show, guaranteed to drop a few jaws and gain a new fan. Playing music by such artists as Bruno Mars, Walk the moon, Elle King, Kid Rock, Prince, Bon Jovi, AC/DC, Luke Bryan and many more, Rhino is a band you don’t want to miss.

For all things Rhino www.rhinotheband.com